Making my own news: being a reporter again during lockdown 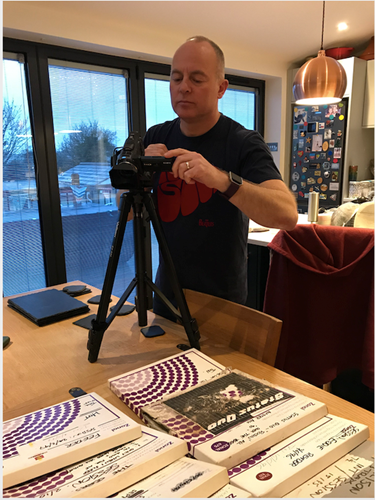 First off, the reason I’ve been in the media recently is to do with my hobby, not directly associated with my media training business. However, the lessons and experiences all create terrific learning points to share with you and inform my business coaching.

In the space of a few days, I’d made the press, (more to come), did two Zoom BBC radio interviews and another Zoom remote interview with BBC TV news.

That in self is quite normal for a story which gathers pace, but the takeaways here are in the background, the production, the ways in which you can offer supporting material to own the narrative. 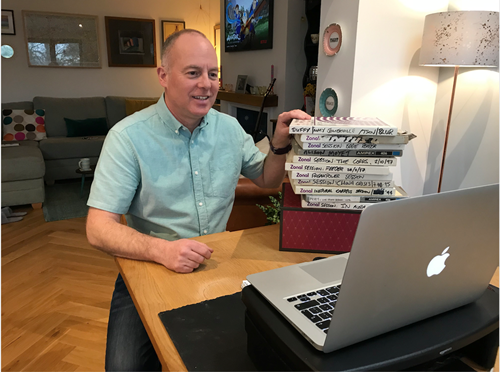 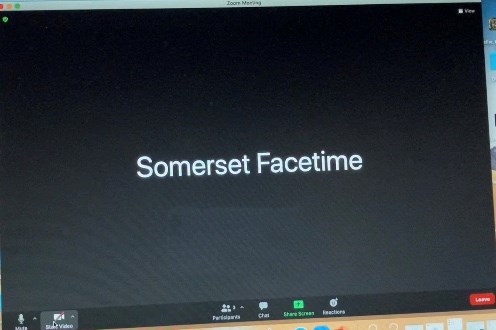 For the radio interviews, I had 2 audio clips which created talking points and junctions in the interview exchange, so that we had to hit those points. It meant that whatever else I was asked, I knew I had that content to get to.

I’ve used this technique with clients in a crisis situation as well – it doesn’t just work for positive or fun stories.

The next and most seismic shift in my experience being thrust into the media spotlight, was for TV.

You see, in the middle of a dark and drawn out lockdown, the media has been looking for some light in the shade, and positive lockdown stories. I happened to have had an attic and shed sort out, during which I found dozens of lost tapes of acoustic songs recorded 25 year ago by numerous music legends. Nice story.

However, what was remarkable for me, was being told the reporter couldn't visit me, but would still like to do the story, conduct a remote Zoom interview, but any footage, audio clips, I had would be useful. Better still, could I shoot something myself? 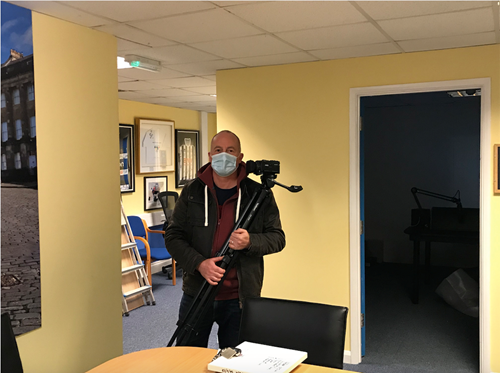 So I set about being a BBC cameraman for the day. Actually the first job I wanted to do, aged 7. Using my Sony media training HD camera, I shot footage of the tapes at home, the shed, a piece to camera in the attic, and footage of the radio station where I was producing my weekly music radio show.

Sending the material to the BBC reporter, meant he had enough to write a piece to the pictures, adding his voice and editing a two minute feature. Just over a year ago, this was largely unthinkable in the western world, (apart from in war torn and inaccessible places for journalists). It was certainly not the way the Beeb did things pre-COVID. This shouldn’t be confused with eye-witness, breaking news footage, see below.

Added to this, ITV News also picked up on the story and ran a similar piece, using the same material I'd shot, but with a different emphasis regarding the named artists. Another interesting observation from this, was how the stories ran weeks apart on BBC and ITV News, but neither channel appeared bothered by this, (unlike the old days). Both ran their version of the piece and coverage was on several bulletins.

The press aspect had been covered by sending a press release with quotes, which was duly copy and pasted by numerous digital titles. One thing the newspaper groups like is audio/visual clips for digital sites, which increase engagement.

It goes without saying that the last decade has seen some seismic shifts in the way the media functions and how we interact with news organisations;

Of course, using publicly-generated content is not new. The advent of smartphones has led to a much more up-close and personal take on breaking news, eye-witness events from the Arab Spring to the storming of the Capitol building in Washington, have had their place in news media for a decade now. Media owners caught onto this quickly and, globally, numbers of journalists declined during the ‘teenies’ by 20% per year, (source: Reuters Inst. Of Journalism)

The shift to social media for our news, away from scheduled news bulletins. The last five years has been interesting for the way in which the public, and especially younger audiences, have moved away from traditional media platforms for news.

It often comes as quite a shock when I show my clients the data on this. There’s still a tendency for executives to think of media in linear terms, possibly because they listen to the Today programme on Radio 4. Latest research shows Radio 4 was bottom of the list of places where 16 go for news! Facebook was third! (source, Ofcom)

I’ve explained above how the media has had to adapt to gather news. We’re used to seeing people staring down at their laptops, (a no-no!), with a fusty old bookshelf behind them, or a ceiling and a white wall.

Remote interviews via Skype, Zoom are now the norm, not the exception. You won’t be going to a radio or TV studio for some time, (at time of writing), so media training now exclusively reflects this. The shift is to how we best present ourselves from our homes; professional-looking home surroundings are challenging with home schooling and partners working. That’s where we can help with coaching from Mentor.

Meanwhile, my hobby and passion for music and radio is bringing live acoustic tracks not heard for 25 years to music fans across the world, via Radio Bath. A local station, with a wider reach, thanks to a fortuitous find in an attic during the last lockdown. Plus a few new lessons learned about appearing in the media in 2021.

We run Effective Video Communication courses in shooting your own content and owning your editorial agenda;

Or feel free to talk to us by hitting the contact button above.