Our colleague and crisis communications partner, Lloyd Figgins, FRGS, has been in the media this week, discussing how the travel industry should be adapting to the volatile and fast-evolving issue of global safety.

Lloyd appeared on Sky News and many BBC local stations, following the verdicts at the inquest into the killing of 38 British tourists, at the hands of a terrorist in Tunisia in 2015.

This challenging and ever-changing area was a topic for one our Facebook Lives with Lloyd, an established author and global safety expert, a few months back.

Lloyd has kindly given us permission to publish his article here, discussing how travel firms are too reliant on FCO travel advice - itself often ambiguous. 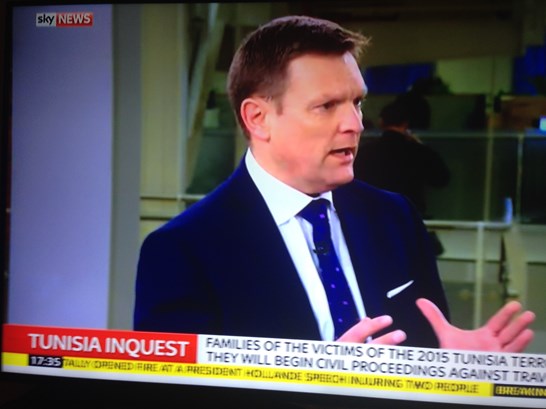 The recent inquest and verdict into the killings of 38 British tourists in Tunisia in 2015 has once again demonstrated just how vulnerable tourists can be when they travel on holiday. The tragedy of what happened in Sousse shouldn’t be underestimated, but it also shouldn’t come as a total shock either. Attacks on tourists are not a new thing;

The question is what can be done to prevent them in the future? The rise of the “lone wolf” or “clean skin” perpetrators of such attacks, certainly makes the already difficult job of the security services that much harder in detecting potential terrorists. However, the burden for protecting travellers shouldn’t rest entirely with governments and the security services. Tour operators have to realise and understand that they have a responsibility for the safety of their customers before they arrive at a holiday destination.

Certainly most British tour operators will claim that they comply to Foreign and Commonwealth Office (FCO) advice, but that’s simply no longer enough. In order to qualify this, you have to understand how the FCO advice is put together. As with all government advice, there’s a high degree of diplomacy involved and the British government is well practised in ensuring it doesn’t upset “friendly” nations. The language in such advisories is often vague and leaves plenty of room for self-interpretation.

If you look at the FCO advice it will often say “See our travel advice before travelling”, but doesn’t offer specific advice in countries popular with tourists as to whether you should actually travel, merely that you read the advice and then make your own decision. In fairness, it does highlight high risk areas and either “advises against all but essential travel” or “advises against all travel”, which is more useful, but leaves it to you to define what you consider “essential travel”. A business trip? A holiday? You decide.

Contrast this with the Australian Government, which is much clearer and breaks its advice for its citizens into 4 easily understandable categories;

Using this methodology, tour operators would have to justify why they are sending tourists to areas where the government advises that you “exercise a high degree of caution” and demonstrate that they have robust risk mitigation procedures in place in order to best protect their customers. This is an area where the vast majority of travel companies have not kept up with what is actually happening in the world.

The Sousse inquest heard from Jacqueline Reynolds, a director of risk and compliance for TUI, that the company did not carry out frequent security risk assessments on resorts or hotels before the attack. This, despite the fact the Association of British Travel Agents (ABTA) recognised back in 2013 that - “There has been a recent increase in terrorist activity in Tunisia, including an explosion on the beach next to the Riadh Palm Hotel in the tourist zone in Sousse on 30 October (2013). Further attacks can’t be ruled out and these could be indiscriminate, including in places visited by foreigners, like hotels and shopping centres. You should be vigilant at all times.” It goes on to direct travellers to the FCO website.

Counsel for the families of the victims, put it to Ms Reynolds that had TUI instigated a security audit after the Bardo museum attack in Tunis in March 2015, it would have had 11 weeks to make changes. He said the company "might have saved quite a few lives by having those things in place".

He also said TUI should have audited security after the Foreign Office advised there was a high risk of terror activity after Bardo.

Ms Reynolds disagreed, saying the company had been told on "numerous occasions" that the advice would not be changing. She added that security was not part of the company's safety audits because conditions and circumstances were “variable".

The fact remains that in light of the Bardo attacks, many tour operators actively encouraged travellers to go to Tunisia by offering heavily discounted holidays to that destination, in an attempt to attract more tourists to a region they knew to be higher risk.

Tour operators need to start looking how they can improve their procedures and this includes carrying out threat assessments on every country they operate in, or are thinking of operating in. These threat assessments must contain up to date information on security threats to foreign nationals, and for this they are going to have to engage with specialist security advisors.

The problem is that it’s going to come at a cost and many operators will prefer to take the chance that it (a terror attack) won’t happen to them, but at what cost to the lives of people who decide to travel with them?

Tour operators need to ensure their staff have a higher level of training to know what to do in such circumstances. Gathering lots of people in a hotel reception in order to await updates is not acceptable and creates a very tempting target for terrorists. Having standard operating procedures in place for such attacks can no longer be deemed alarmist, but a necessary reality in the world we live in.

Equally, emergency response and crisis management plans must be effective in dealing with the aftermath of events like those we saw in Tunisia and not rely solely on government resources. Again, this will require a higher level of training and knowledge of crisis management from tour operators.

Consumers have the right to ask their travel companies what measures they have in place to protect them whilst they are overseas. The rules have changed and it’s not acceptable for tour operators to hide behind the FCO advice and membership to trade organisations like ABTA and AITO. Instead they need to raise their game in order to keep people safe before and during their holiday. It’s time to put people before profit.

Lloyd Figgins is an international expert in travel safety and author of Looking for Lemons - A Travel Survival Guide. A former expedition leader, police officer and soldier, he has experienced at first hand some of the more dangerous elements of overseas travel. He is the Founder and CEO of LFL Global Risk Mitigation.

See below to watch our Facebook Live webinar,
ON DEMAND below. 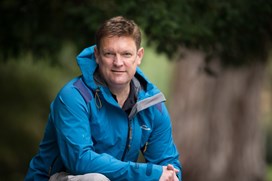 We discussed safeguarding workers when travelling abroad, safety tips for leisure or business, the best social media sources to find the latest international travel advice. Useful for business travellers and companies alike, where putting staff safety ahead of budgets is a essential for maintaining reputation. 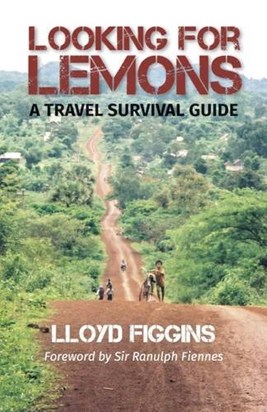 Lloyd has worked on crisis communications courses with Mentor over several years, and has appeared on Sky News as an expert.