The Government's failure to keep 'on message' could be a matter of life and death, writes Angela Corpe

At his own presser, he’d read the room. He smartened himself up, lost his swagger and seemed a bit more human, perhaps even a little humble, and then he read his statement and it all unravelled.

No contrition, no apology, no remorse. So why had he called a press conference? 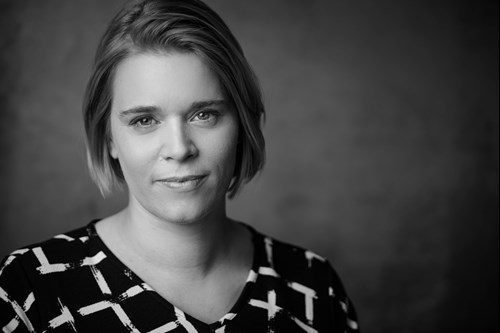 Regrets? They will have a few, warns Angela Corpe

He refused to apologise. He told people watching TV not to believe everything they saw on TV, wobbled on his reasoning and blamed the media.

It all started looking rather desperate.

A press conference has to do several things – convey messages not possible in, or more empathetically than, a written statement.

It shows openness, and a willingness to “face the music” but calling in the cameras is not a magic bullet - you only have to look at the Prince Andrew interview on Newsnight.

If you thought that was a car crash, imagine the impact of saying you went for an hour-long drive with your family to test your eyes out?

Had this presser happened 24 hours earlier, it might have stemmed the tide of ill will towards him.

Instead, he spoke to a population who have made a once-in-a-generation sacrifice at great personal expense and tried to garner sympathy and approval for doing “the right thing", despite knowing that the public feeling was that it was far from the "right thing".

When many people have faced your exact situation, or in a huge number of cases, a far worse version, you garner no sympathy by trying to argue that your situation was different.

Especially when you have the privilege of the very best contacts in politics, a wonderful house in a well-serviced part of London with it's own coronavirus response community group, enough money in the bank not to be worrying about your bills and an empty residence available at your parental estate.

After backing such rigorous and allegedly "clear" rules so rigorously, it’s astonishing that he went on to break them, if only in the eyes of the British public, and yet he called a presser to say... I'm not sorry?

Perhaps he forgot that it was the British public he was talking to today, via the medium of television?

They had already made up their minds in the absence of any explanation from Cummings, and those views became more deep-rooted in the 'who, what, where, when, why, how?' vacuum he had provided for several days.

So many questions, which could have been answered in a written timeline of events, may have stopped the angry pile-on from the public, the press and his own party.

Instead, they took the huge gamble of a press conference, which simply doubled down on Government statements from the previous day.

Part of the job of the comms team is to get someone outside your team to look at what you’re saying.

Does it make sense? Is it contrite? How do people feel when they hear it? Crucially, too, does it stand up?

This either didn't happen or it happened solely within the confines of the Westminster bubble.

Suggesting an hour-long road trip in the middle of lockdown, with a child in the back seat, was a very reasonable way to test your eyesight, is demonstrably dangerous to your health and PR.

When it turns out that you then got out for a break, while no-one else in the country was allowed to even sit on a park bench, it feels more like "do as I say, not as I do".

Bear in mind this man wasn’t just aware of the rules, he quite literally wrote them.

Claiming interpretation was allowed when millions watched the Government say “This is not a request, it is an instruction – Stay at Home” is bound to provoke strong push-back from those who have missed the chance to say goodbye to dying relatives during lockdown.

Not just those who were worried they might, at some future point, possibly become ill.

There was no Mea culpa, no contrition at all. In fact, quite the opposite, and playing the blame game always makes you look like a worm wriggling on the hook.

He found a loophole, he demonstrably ignored the spirit of the rules and invoked a clause designed to protect children in danger of abuse or domestic violence.

To say rules meant to protect the most undeniably vulnerable children in society apply to your child, who had one mildly ill parent, is fool-hardy at best, and perilously insulting at worst.

It’s a press conference that neither needed to happen, nor should have been allowed to happen, and certainly not this late in developments.

I'm a former journalist who has 'crossed the floor' to comms, and not one of the questions Cummings faced today was unpredictable.

In this case, failing to keep on message could literally become a life-and-death matter.

The ‘Cummings excuse’ to interpret lockdown rules as you see fit, has now been sanctioned by the Prime Minister and could yet become the ‘Cummings effect’, resulting in lockdown being all-but-abandoned, with potentially deadly consequences.

Make no mistake, the setting for the press conference sends the message that the Government backs Cummings, even when his own advisors and scientists are warning supporting Cummings could essentially break the lockdown the Prime Minister pushed relentlessly to convince everyone they must adhere to.

Whether Cummings broke the rules, the spirit of the rules or the law isn’t the question for comms professionals; it’s whether the Government has jeopardised it’s entire campaign, potentially risking many lives, to save the career of one person.

Cummings issuing a heartfelt and grovelling apology and falling on his sword would have taken most of the heat out of this fire, and would have justified a presser.

Instead, Boris Johnson not only continued to stand by his man, he then gaslighted the rest of the country by apologising for the public's feelings of betrayal.

Just a day earlier he implied that any good parent may have done the same, despite knowing hundreds, even thousands did not, and paid a heavy personal price for obeying the rules instead of using their instincts.

Radio stations were inundated with callers asking if they weren't good parents for following the rules.

Fathers missed births, parents missed time in NICU with their seriously ill babies, children were forced to endure hospital procedures without a parent to hold their hand, people died terrified and alone, and a 13-year-old boy was buried without a single relative at his funeral.

I can only imagine the Zoom calls undoubtedly going on right now with the ad teams at Specsavers, trying to judge if a campaign based on visiting Barnard Castle would be a LOL or a dangerous miss-fire.

I suspect they will judge the mood of the British public considerably better than Boris Johnson and Dominic Cummings.

They have, apparently, no regrets. Let’s see how well that ages.

Angela Corpe is a former ITV reporter and media trainer