Calais 'Jungle': Count Down To Closure

Before joining Mentor I worked occasionally as an independent film-maker for BBC 'Newsnight'. Last year I made a film, “Jungle Life”, on the migrant camp in Calais, France. So when Vice News were looking for a Calais film for their new nightly news show on HBO in the US, they came to me.

Having made a film there before, I knew things could get ‘interesting’ at night. All the NGOs tend to leave the camp at around 6pm for safety. I decided I would need to be filming at night, so we hired a close protection officer, Pete, to be my eyes and ears while I was looking through the camera. 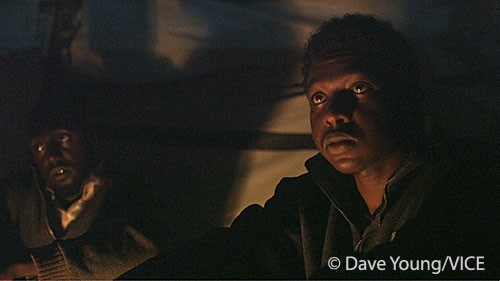 Pete and I both woke up aching all over.

The adrenalin of the night before had taken its toll.

We stayed in The Jungle until around midnight again and filmed Ashraf, keeping warm with friends around a small fire. An educated man, he had a real understanding of the global migrant crisis.

I made some lovely evocative images. Pete thought it was amazing how I had got right among the migrants around the fire. At one point I was actually crouching in the fire to film. 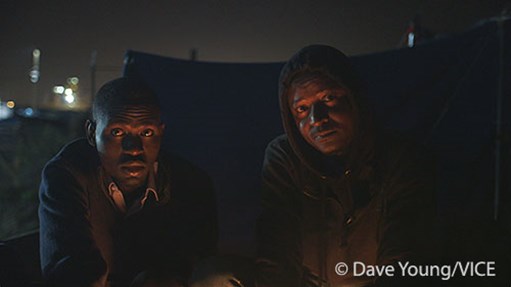 Later I filmed 18 year old Uradine who fled home at 16; a political refugee as his Oromo people are being persecuted in Ethiopia. He’s been in The Jungle for eight months.

As he spoke we heard gunshots. Pete and I exchanged concerned glances. We left The Jungle at around midnight and found ourselves on the motorway slip road between two police vehicles, who were spot-lighting the wasteland verge and spraying CS gas from their vehicles. 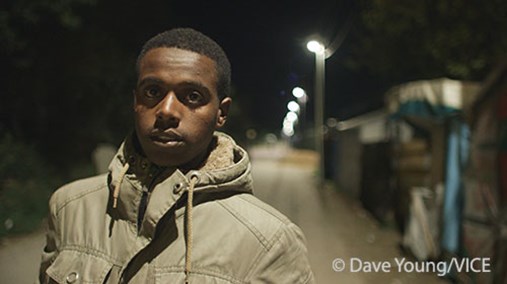 We arrived at around lunchtime and did a 'recce' around the camp. It was laid out very differently than I remembered it.  More concentrated, tents closer together, but the vibe was familiar. Most migrants were friendly but opposed to being filmed.

As night fell, filming felt much more dangerous. Sometimes I placed the camera on the ground to make it appear that I wasn’t actively filming. I tried to work as low profile as possible, but I still stood out like a sore thumb.

My style of documentary making is all about telling the stories of my subjects, (without presenters or narrators), so I needed to find migrants who were willing to talk on camera and had enough English to be understood. This was quite an ask, but late at night we came across a couple of young Eritrean men sitting around a fire. One, Alnoor, explained his harrowing story and how he just wanted somewhere safe to live and rebuild his life. He pointed to his tent and said ‘this is all I have.’ 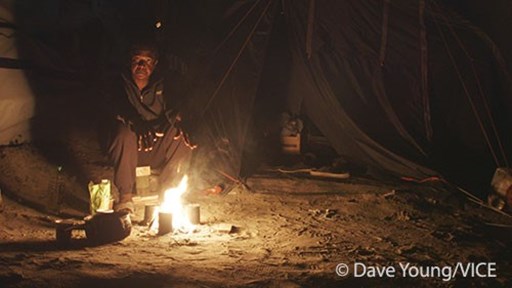